This page is showing some of the media coverage we got for our client ​Reubens Brews. 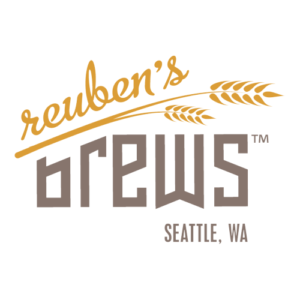 Loral Crush This India pale ale receives its name from the use of Loral hops, a variety new to me. The release says it is technically a New England Style IPA, also new to me...The Loral and Ekuanot hops provided a nice grapefruit-tangerine-orange aroma. The grapefruit flavor of the hops was prominent in the ale, which had medium bitterness. Instead of a harsh, chalky aftertaste, it had a clean finish with a bit of lingering citrus hops.

Our first recommendation is Reuben's Brews in Ballard -- a great place to grab a cold one. This family-friendly tap house serves up award-winning beers, including the World Beer Cup. Don't miss their Coffee Beers and Donuts event on the May 14, where you can taste four coffee-infused beers paired with local, gourmet mini donuts from Mighty-O Donuts. What's more Seattle than that?

Loral Crush This India pale ale receives its name from the use of Loral hops, a variety new to me. The release says it is technically a New England Style IPA, also new to me...The Loral and Ekuanot hops provided a nice grapefruit-tangerine-orange aroma. The grapefruit flavor of the hops was prominent in the ale, which had medium bitterness. Instead of a harsh, chalky aftertaste, it had a clean finish with a bit of lingering citrus hops.

Reuben's Brews Daily Pale This session IPA should be enjoyed outside on a sunny day. It’s a fresh, easy-drinking IPA that's not too bitter with subtle notes of salt. The finish is floral almost like chamomile. Sometimes the best beers are simple and just help quench your thirst.

Ballard’s Reuben’s Brews recently began expanding out of Washington, and for many in the Pacific Northwest it seemingly came out of nowhere. Well, more specifically, it came out of a garage in 2012, when its founder won the National Homebrew competition before Kickstarting his brewery. It’s only gotten better over time, and now it’s crept up as the best brewery in the world’s biggest hop region. But how? With one foot in PNW tradition and the other in Europe, it’s a brewery that delivers serious IBU factors for hop heads courtesy of its pitch-perfect Crikey IPA and a series of IIPAs that currently includes the intense Expat. But Reuben’s has also nailed it with its salty gose, the tart Hibiscus in Berlin, and a low-impact Belgian table beer. It also does ryes. And a barrel-aged breakfast stout. And a Berliner Weiss. Slow down, Reuben...it’s only been five years. Just kidding. Don’t ever stop.

Seattle’s acclaimed Reuben’s Brews began distributing in Spokane this week. The brewery has won more than 100 medals in various competitions since opening in 2012, including gold at the Great American Beer Festival the past two years for its sour Gose wheat beer. It more than doubled production last year, allowing for expansion into the Portland area, Eastern Washington and North Idaho, and is beginning a barrel-aged sours program.

As part of Seattle Beer Week, Rainier and Reuben’s are releasing a limited batch of r&R Pils. Billed as a Northwest take on a traditional German-style pilsner, the beer is meant to combine Rainier’s lager expertise with Reuben’s hop-forward styles. And it’s the first time Rainier has ever teamed up with another brewer to produce a product... “We want to hold true to both of our core beliefs, or what we’ve done before,” said Robbings, a UK native who moved to the Northwest in 2004. “For Rainier customers, it’s not a total curveball to them, and to us it’s not a total curveball. It’s a nice meld.”

At Reuben’s Brews, Adam Robbings maintains a spreadsheet of experimental hops he’s encountered, some with aromatic notes based on his visits to the bines at Perrault Farms in Outlook, Washington. “I go through my list of wants and I have about a dozen or two dozen hops that I wanted to start playing with,” Robbings says. “But first of all, can we even get any of these?”

Gose | Reuben’s Brews Madeline – arguably our chief protagonist, is feisty. Never afraid to speak her mind, she is unapologetic, brash and blunt. This all being said, it’s impossible to have too much of Madeline. Her humor, fierce loyalty and individuality have made her one of Big Little Lies’ most popular characters. She is deserving of a brew that keeps you coming back for more – even if it might be a bit salty at times – just like Reuben’s Brews’ Gose. This beer, crisp and refreshing, has an addictive tartness thanks to its salty, citrusy notes. After picking up Gold at the 2016 Great American Beer Festival, we have no doubt that this brew will be just the beer to keep Madeline satisfied.

Reuben's Brews Blimey That's Bitter...And bitter this beer from the Seattle-based Reuben’s Brews brewery is, but I found after giving it a chance to warm up the bitterness smooths out. First released in 2014, at 80 IBUs, it’s loaded with flavors of pine and citrus from Amarillo, Chinook, Citra and Simcoe hops of which a total of six pounds are added per barrel....I’m not the only who likes this beer. It won a Gold medal at the 2016 World Beer Championships and was named the Best Imperial IPA in the Pacific Northwest in the 2014 US Beer Tasting Championships.

Crikey IPA: Citrus, tangerine, and tropical fruit notes backed by a little pine and a malt backbone. This double dry-hopped IPA straight out of Seattle is the real deal and recently took gold at Europe’s largest beer competition.

Would you like to start a project with us?

If you don’t have the budget for an ongoing monthly retainer for PR services, but are interested in announcing a new brand, getting attention for a big event, or even launching a new brewery, please contact us to learn about our launch packages. We’d love to put our decades of expertise to work for you.